Advertisements
Skip to content
You are here
Cover Art: Gustavo Sazes
CYHRA RELEASE “FOREVER” SINGLE
SONG HAS ONLY BEEN AVAILABLE ON JAPANESE EDITION OF DEBUT ALBUM LETTERS TO MYSELF
Cyhra have digitally released the single “Forever,” which was previously only available on the Japanese edition of their debut album Letters to Myself. The album is out now via Spinefarm Records.
The band is currently recording the follow up at Hansen Studios in Ribe, Denmark with producer Jacob Hansen. The album will be released in the first half of 2019.
Listen to “Forever” HERE.
“This song is an interesting collaboration between many different songwriters,” said singer Jake E. “The song was first written by Grammy Award nominated songwriter/artist Randy Goodrum -previous work includes Toto, Steve Perry, Michael Bolton, Chicago, Diztord, and more.”
He continued, “When I first heard the demo of the song, I begged on my knees to get approval to make my own version. Luckily, it was approved and we got free hands in Cyhra to contribute and make our version of it. It ended up as the Japanese bonus track for Letters to Myself and I’m happy to have it released to the rest of the world as it’s an amazing song.”
Regarding the forthcoming sophomore album, he said, “The whole process has been smooth and I can reveal that it will have more fierce songs, as well as more riff-oriented material than the first album. I can’t wait to hear the final results after Jacob Hansen has worked his magic mixing it. And I can’t wait for you to hear it, too!”
Guitarist Euge Valovirta added, “‘Forever’ is such a great track and I actually would’ve liked to have seen it on the album originally. But it didn’t find its place so we decided to put it on the Japanese edition of Letters to Myself as a bonus track. Now, finally, it’s available for the whole world to enjoy!” 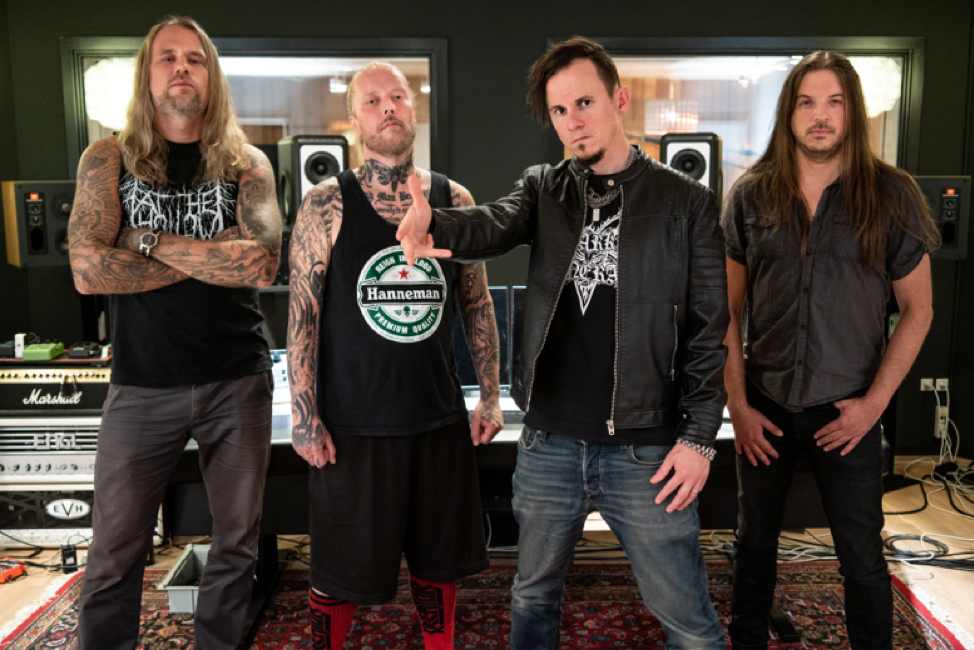