SCREAMBOX TV PICKS UP ROCK / HORROR SERIES “WELCOME TO DAISYLAND” RECEIVES APRIL 3 RELEASE DATE
SOUNDTRACK PROVIDED BY ROCK OUTFIT THE DEAD DAISIES
BAND REVEAL NEW SINGLE “JUDGEMENT DAY”
Due to the massive success and positive feedback following the self-released premiere of Episode 1 from the thrilling new horror anthology series “Welcome To Daisyland,” the subscription based horror streaming platform Screambox TV has officially signed on to air the series in its entirety beginning Wednesday, April 3. The series will air on Screamboxuncut, uncensored and commercial free. Watch all episodes here: https://www.screambox.com/welcome-to-daisyland
Developed by Spitfire Music, the new horror anthology series enlists the Australian-American hard rock collective THE DEAD DAISIES to provide the music and orchestration for the series, furthering their stance that rock music is indeed alive and well. “With fewer music based platforms playing rock music each year, and taking our love of hard rock and horror into account, we decided to create our own. Streaming services are the delivery systems of the future so stay tuned for Welcome to Daisyland,” states David Edwards from Spitfire Music.
In conjunction with the debut of the series on Screambox, the band will release a new digital single, “Judgement Day,” which is featured in the series. Take a listen here: https://open.spotify.com/album/4JXgfo6Ol5r66Lh7aCubGB
THE DEAD DAISIES previously shared an exclusive acoustic version of their hit song and series theme track “Dead And Gone (Swamp Version),” which can be viewed here: https://www.youtube.com/watch?v=QhMWU1Cs-5Y
About Screambox TV: Screambox is the leading streaming service for real die-hard horror fans. 400,000+ customers and counting have already joined Screambox, uncovering more than 400 movies and shows every day with new releases added weekly. Visitors can try the service for a free 7-day, no-risk trial. Subscriptions start as low as $2.99 per month and subscribers may cancel at any time. Subscribers can view content on any connected laptop, tablet, or phone, or stream titles using Chromecast, Roku, Amazon Fire, Apple TV, iOS, or Android.
“Welcome to Daisyland” is set behind the gates of a small but legendary Carnival that began its run sometime in the early 1970s travelling the lesser known highways and byways in search of lost souls. Once the gates have closed and all the patrons have gone home, the cast of the music and mayhem shadow show come to life. Each member of the troupe has a dark gift and job to fulfill, as Daisyland is not just a carnival but a place where dreams come true and nightmares begin …
Directed by award-winning filmmaker Tony E. Valenzuela(Silverwood, Harper’s Globe, Green Eyed World) and Executive Produced byDavid Edwards (Rock Star INXS) of Spitfire Music, “Welcome to Daisyland” is also being considered for Horror and Short Film Festivals around the globe.
Additional cast includes Jessica Amlee (Heartland, Greenhouse Academy), Tru Collins (Insecure, Awkward), Kellan Rhude (The Axe Murders of Villisca, You Can Play), Aaron Groben (Face Off, Comedy Bang Bang), Jarrett Sleeper (Stranger Than Fiction), George Todd McLachlan (Josie) and Sam Aotaki.
For behind-the-scene clips and further details on “Welcome To Daisyland,” visit: welcometodaisyland.com
https://www.facebook.com/welcometodaisyland
https://twitter.com/wtDaisyLand
https://www.instagram.com/welcome_to_daisyland/ 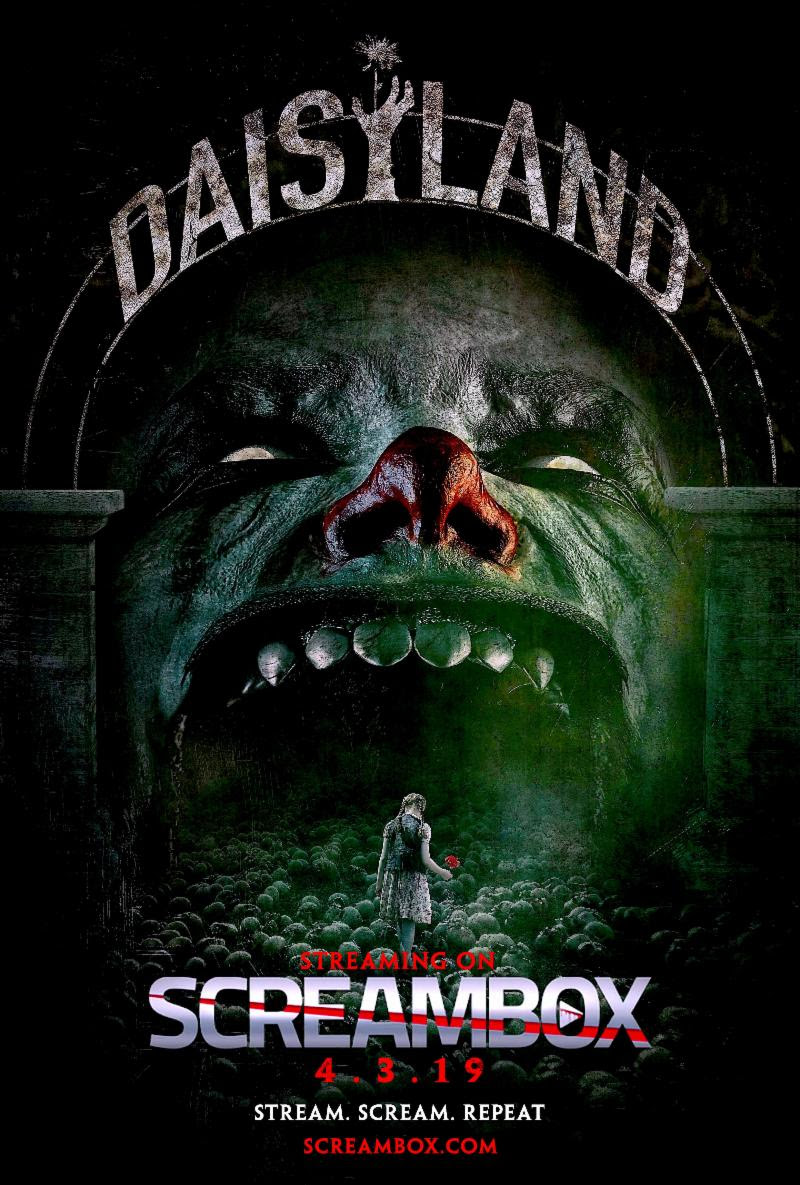