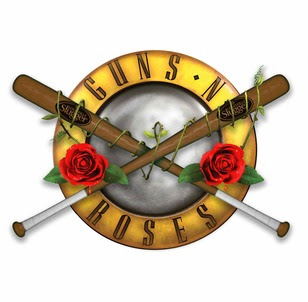 Louder Than Life
Returns To Louisville With Its Biggest Year Yet Featuring
Guns N’ Roses
And More To Be Announced April 8
Guns N’ Roses Reveal Louder Than Life
As First Performance In 2019
The World’s Largest Rock ‘N’ Roll Whiskey Festival Set For
September 27, 28 & 29
At Festival’s New Home
Highland Festival Grounds At KY Expo Center
Tickets On Sale April 8 At 9:00 AM ET
Starting At $69.50
Quintessential rock band Guns N’ Roses, notorious for their larger-than-life, bombastic shows that engulf every fan, are the first act to be announced for the return of Louder Than Life. This year the festival will be headed to its new home at the Highland Festival Grounds At KY Expo Center on Friday, September 27, Saturday, September 28 and Sunday, September 29.
This will mark the debut of the Guns N’ Roses lineup at the Louder Than Life festival and is the first appearance for the rock giants since performing in Hawaii in December 2018 in association with the Andy Irons Foundation. Sending fans into a frenzy since the Not In This Lifetime Tour kickoff in 2016, Guns N’ Roses has the number 2 highest grossing tour of all time, and has performed an astounding 150+ shows for over 5 million fans to date in stadiums, arenas and as part of festivals worldwide.
“There are only a handful of bands through the years whose music not only resonates with fans, but changes the entire face of rock ‘n’ roll. Guns N’ Roses is one of those true icons,” says festival producer Danny Wimmer. “Every year we want to come back bigger and better, and we can’t wait to welcome Axl, Slash, Duff and the rest of GN’R to the Louder Than Life stage.”
The full Louder Than Life lineup will be announced on Monday, April 8, the same day as tickets go on sale at 9:00 AM ET at the following price levels:
3-Day Weekend General Admission: starting at $149.50 + fees
3-Day Mint Experience VIP: starting at $449.50 + fees
3-Day Top Shelf VIP: $1,399.50 + fees
Single Day General Admission: starting at $69.50 + fees
Single Day VIP: starting at $199.50 + fees
Visit www.LouderThanLifeFestival.com for full details.
Following the group’s 1985 formation, Guns N’ Roses injected unbridled, unrivaled and unstoppable attitude into the burgeoning Los Angeles rock scene. They went on to captivate the entire world with the 1987 release of Appetite For Destruction, which remains the best-selling U.S. debut album ever, moving over 30 million copies globally. Appetite features such indelible tracks as the No. 1 single “Sweet Child O’ Mine,” “Welcome To The Jungle,” “Nightrain,” and “Paradise City.”
Guns N’ Roses are one of the most important and influential acts in music history and continue to set the benchmark for live performances, connecting with millions of fans across the globe.
Guns N’ Roses are Axl Rose (vocals, piano), Duff McKagan (bass), Slash (lead guitar), Dizzy Reed (keyboard), Richard Fortus (rhythm guitar), Frank Ferrer (drums), and Melissa Reese (keyboard).
Louder Than Life is produced by Los Angeles-based Danny Wimmer Presents, one of the largest independent producers of destination music festivals in America. Additional DWP events include Aftershock Festival, Bourbon & Beyond, Chicago Open Air, Epicenter Festival, Hometown Rising, Rock Allegiance, Sonic Temple Art + Music Festival, and Welcome To Rockville.
For more information on Louder Than Life please visit:
Website: www.LouderThanLifeFestival.com
Facebook: www.facebook.com/louderthanlifefestival
Twitter: https://twitter.com/ltlfest
Instagram: http://instagram.com/louderthanlifefest
Hashtag: #LouderThanLife
Tweet

Photos and words by Shawn Wiseman The Black...