Drops Emotional Ballad
“Never There”
Watch New Music Video at
http://smarturl.it/NeverThereVideo
New Album
Order In Decline
Out July 19 on Hopeless Records
June 18, 2019 – Sum 41 have dropped an emotionally charged ballad today with the release of “Never There.” Dedicated to single parents everywhere, the song is a personal letter from lead singer Deryck Whibley. “Never There” is one of the band’s heaviest songs to date, but in an entirely different way. This marks the third single from upcoming album Order In Decline, out July 19th.Fans can view the music video for “Never There” now at http://smarturl.it/NeverThereVideo.
“I never wanted to write this song, it just kind of poured out of me”, said Whibley. “I tried to fight it at first but there was no stopping it. I could tell I was writing about my dad, who I’ve never met and throughout my life it has always been a subject that I don’t really think about or care about. It has never really bothered me and when I started thinking about why it never bothered me, I realized it was because my mum was so great and I have such a loving relationship with her. She was so strong as a single mother for my whole life that I never needed to think about my dad.”
“Never There” joins previously released singles “A Death In The Family” and “Out For Blood“, the latter of which has earned the band a spot in the Top 20 of a Billboard airplay chart for the first time in over 14 years. The single has also hit #1 at Sirius XM Octane, and has been streamed over 3 Million times on Spotify while the music video has been viewed over 2 Million times.
Armed with the most honest and intimate songs of his career, Whibley poured everything he had into the upcoming album. Producing, engineering, and mixing the album in his home studio, he pain-stakingly crafted and fine-tuned each song, highlighted by fast and full riffs, guitar solos from lead guitarist/backing vocalist Dave Brownsound, harmonious chords from guitarist Tom Thacker and the heavy, heart-thumping rhythm section of bassist/backing vocalist Cone McCaslin and drummer Frank Zummo.
Looking back at the band’s storied 23+ year career, Order In Decline is undoubtedly Sum 41’s heaviest and most aggressive album to date, while also being their most dynamic and raw. Due out July 19 via Hopeless Records, Order In Decline is available for pre-order now at http://smarturl.it/OrderInDecline.
Sum 41 will be co-headlining the inaugural Rockstar Energy Drink DISRUPT Festival this Summer on select dates throughout the United States and Canada.
Upcoming Sum 41 North American Tour Dates
July 12 – Tinley Park, IL – Hollywood Casino Amphitheatre*
July 13 – Thornville, OH – Legend Valley*
July 14 – Noblesville, IN – Ruoff Home Mortgage Music Center*
July 15 – Maryland Heights, MO – Hollywood Casino Amphitheatre*
July 17 – Denver, CO – Fiddler’s Green Amphitheatre*
July 20 – Irvine, CA – Five Point Amphitheater presented by Mercury Insurance*
July 21 – Mountain View, CA – Vans Warped Tour
July 23 – Auburn, WA – White River Amphitheatre*
July 24 – Boise, ID – Idaho Center Amphitheatre*
July 26 – Chula Vista, CA – North Island Credit Union Amphitheatre*
July 27 – Phoenix, AZ – Ak-Chin Pavilion*
July 28 – Albuquerque, NM – Isleta Amphitheater*
August 6 – Saskatoon, SK – Saskatoon EX @ Prairieland Park
August 8 – Toronto, ON – Echo Beach
August 10 – Victoriaville, QC – Rock La Cauze Festival
September 29 – Louisville, KY – Louder Than Life Festival
* – Rockstar Energy Drink DISRUPT Co-Headline Festival Dates
After over 15 million records sold worldwide, a Grammy Award nomination, 2 Juno Awards (7 nominations), a Kerrang! Award in 2002, as well as multiple Alternative Press Music Awards, Sum 41 is quite simply a rock band – uncompromising and honest with no intention of slowing down.
### 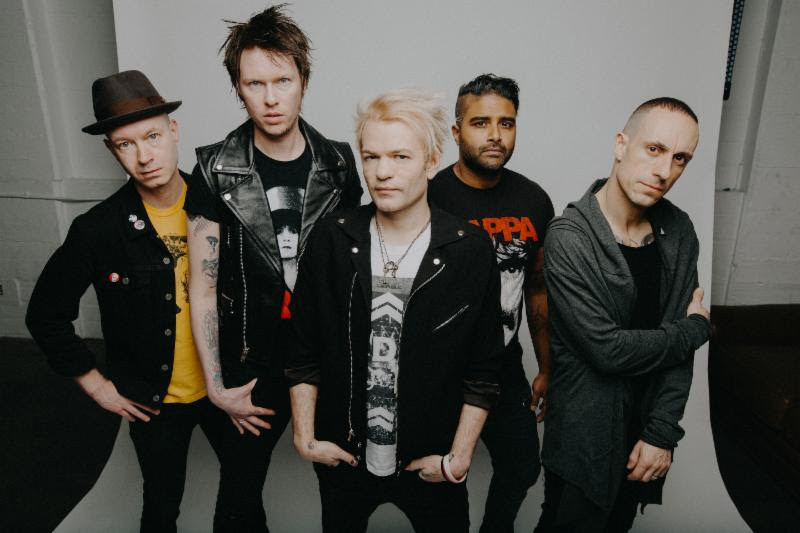