Advertisements
Skip to content
You are here
[Photo By Vince Edwards]
HARM’S WAY will take on a short western US run next week for a portion of Ghostemane’s Hiadica Tour. The journey begins with a HARM’S WAY one-off show October 20th in Mesa, Arizona. The band will join Ghostemane October 22nd in Santa Ana, California performing on the first half of the tour through November 2nd in Lincoln, Nebraska. Additional support will be provided by 3Teeth, Parv0, and Horus The Astroneer. In December, the band will head to Buffalo for day one of Tid The Season 2019 with Everytime I Die, Against Me!, The Damned Things, Terror, and more. See all confirmed dates below. 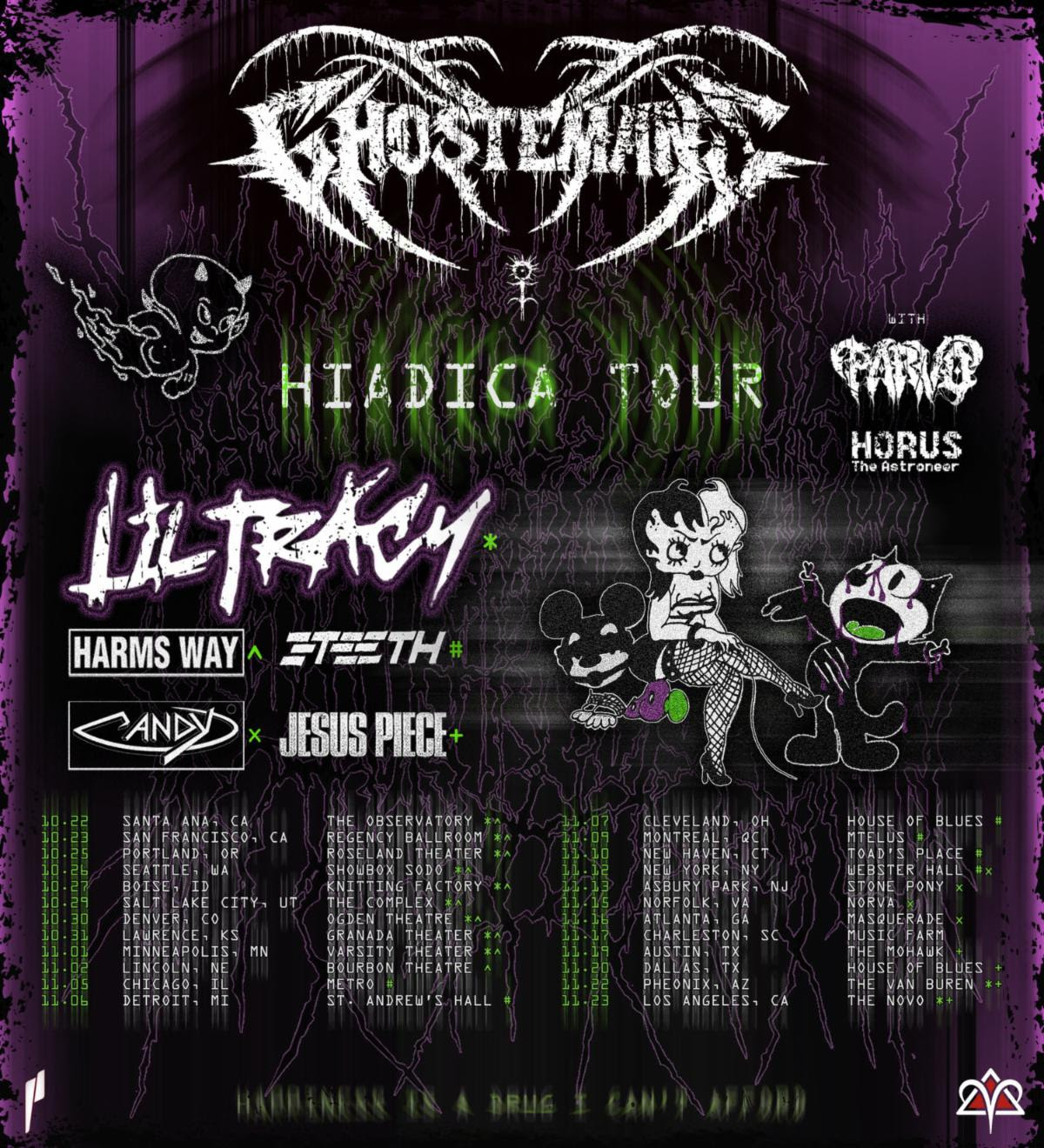