Advertisements
Skip to content
You are here
ICE NINE KILLS
TEAM UP WITH HORROR ICON
ARI LEHMAN
FOR ACOUSTIC VERSION OF
“THANK GOD IT’S FRIDAY”
THE SILVER SCREAM: FINAL CUT
OUT TODAY
In honor of the most haunting time of the year, horror-inspired metal outfit ICE NINE KILLS have released THE SILVER SCREAM: FINAL CUT, a frightfully enticing deluxe version of their critically acclaimed Billboard Hard Rock Albums chart-topping fourth album.
Out today, October 25, via Fearless Records, the ‘Final Cut‘ edition includes the album’s original 13 tracks along with the recently premiered new track, “Your Numbers Up,” a cover version of the famous hit “Thriller,” their full-length feature horror film The Silver Scream, and four bone-chilling acoustic renditions of previously released singles.
ICE NINE KILLS have also released a video stream for the new acoustic rendition of “Thank God It’s Friday” featuring none other than Ari Lehman, who first portrayed the immortal serial killer Jason Voorhees from the original 1980 iconic slasher film, Friday The 13th.
“I am honored to be singing alongside the amazingly talented Spencer Charnas on this track,” says LEHMAN. “ICE NINE KILLS will captivate you with their virtuoso sound and compelling lyrics–Thank God It’s Friday has VOORHEES POWER!”
“Friday the 13th and Jason have always been an obsession for me,” reveals vocalist SPENCER CHARNAS. “When I had the idea to reach out to Ari about singing on our acoustic tribute, I never expected in a million years for it to actually happen. To find out that Ari was not only a fan of INK, but 100% willing to join us on the track, was a moment I won’t soon forget. He brings such a rich authenticity to this song with his charismatic voice and his involvement helps elevate the piece to another level. To hear the FIRST Jason from arguably one of the most iconic scenes in horror history sing the line, “he drowned in all our sins,” evokes the same goosebumps I got when I first saw the film.”
Dive right in, if you dare, and listen to “Thank God It’s Friday (Acoustic feat. Ari Lehman)” below!
Additional guests on THE SILVER SCREAM: FINAL CUT include Grammy-nominated musician Matt Heafy (Trivium), Chelsea Talmadge (Stranger Things) and Sam Kubrick (grandson of Stanley Kubrick who famously directed The Shining).
Purchase THE SILVER SCREAM: FINAL CUT now at store.iceninekills.com or listen digitally on all streaming platforms.
Come out and play with ICE NINE KILLS as they headline SiriusXM Octane Present’s “The Octane Accelerator Tour” which kicks off just before Halloween next Tuesday, October 29 in Cleveland. OH. The month-long jaunt will includes special guests Fit For A King, Light The Torch, Make Them Suffer and Awake At Last, and will see the band revive their annual “Thanx-Killing” show in their hometown Worcester, MA on November 30 at The Palladium, which will be recorded and filmed for a future project. Tickets are available now for all dates at www.iceninekills.com.
* = SiriusXM Octane Presents “Octane Accelerator Tour” with Fit For a King, Light The Torch, Make Them Suffer & Awake At Last 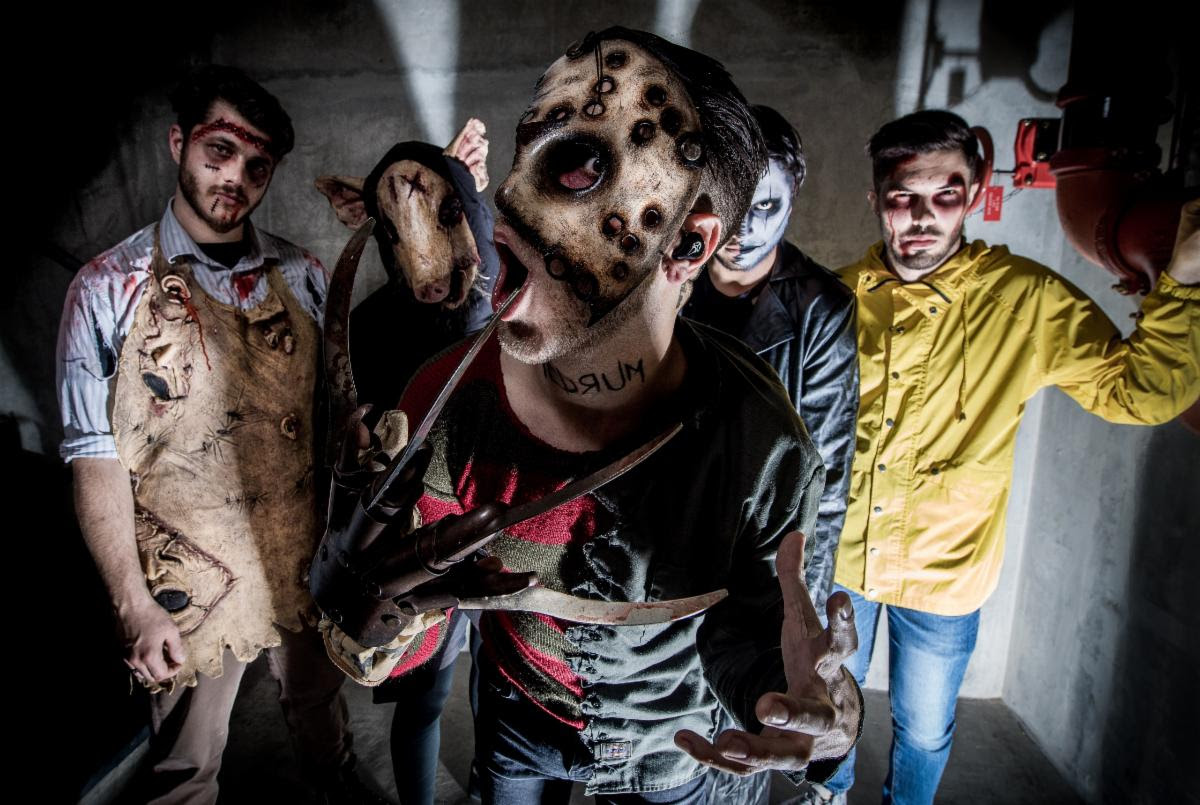