Skip to content
You are here
A WILL AWAY
RELEASE NEW EP SOUP
OUT NOW THROUGH TRIPLE CROWN RECORDS
STREAM AND PURCHASE IT NOW
DECEMBER HEADLINE TOUR,
TICKETS ON SALE NOW
UPCOMING DATES WITH ALL GET OUT
NOVEMBER 20, 2019 – Naugatuck, CT – A Will Away have released a new six song SOUPEP today through Triple Crown Records. Fans can now stream or purchase through iTunes, Spotify, Apple Music and the band’s merch store. SOUP is the band’s new music since the release of their highly praised debut full-length Here Again in 2017.
Stream or purchase SOUP here: https://smarturl.it/awillaway
“Soup is about feeling better,” says vocalist and guitarist Matt Carlson of the new EP. “It aims to take a look at the mechanisms of human coping like hubris, substance abuse, co-dependence, or avoidance and view them for what they are — symptoms of a wounded spirit. Soup was a true labor of love for our band and is built on our literal blood, sweat, and tears. We could not be happier with how our music is represented here, and we’re beyond excited that we finally get to share it with the world.” 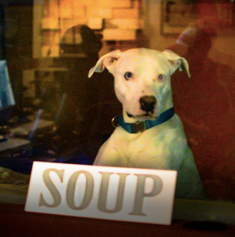