On April 17th, The Black Dahlia Murder will release their new album, Verminous, via Metal Blade Records. For a preview of Verminous, a video for the new single, “Child Of Night” (produced by Vesa Ranta & Kaira Films), can be viewed at: https://youtu.be/aujESQwerhs 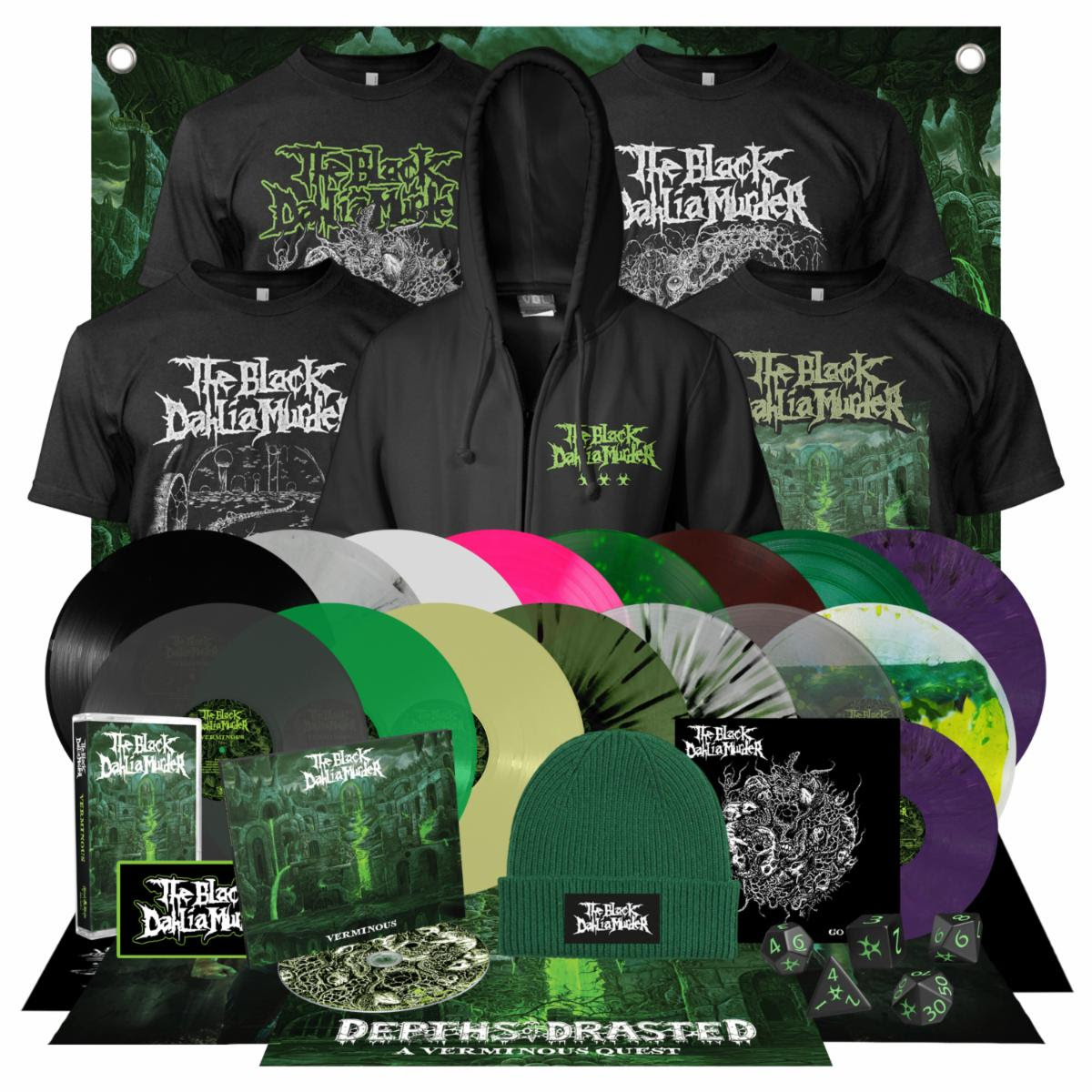 Verminous is The Black Dahlia Murder‘s most dynamic, rousing and emotional release to date, and it achieves this without compromising one iota of heaviness. “I think this is the biggest evolutionary leap we’ve ever taken from one album to the next. We stoked the creative fires with 2017’s ‘Nightbringers‘ and it’s gone much further now in ‘Verminous‘,” states vocalist Trevor Strnad. “It’s a very colorful, moody, and charismatic album that experiments with new sounds and ideas without losing the cutthroat Black Dahlia edge. There is a lot of minutiae to digest. Plenty of delicious little Easter eggs woven into the fabric of each song. Each one is a living, breathing entity that will stand on its own as some of the best music this band has ever created.”

While the drums were recorded at The Pipeyard in Plymouth, Michigan by ex-bassist and longtime studio guru Ryan “Bart” Williams, the bulk of the album was recorded in New Jersey at guitarist Brandon Ellis’ home studio, the Shred Light District, then mixed by Tue Madsen and mastered by Alan Douches. Produced by Ellis and the band, Verminous sees Black Dahlia having a greater level of control over every facet of recording than on any previous release, enabling them to tweak and fine-tune all the small details right up until the point they sent it to Madsen in Denmark. “To say we were anal-retentive would be an understatement. Tue did an outstanding job. His mix is organic. Classic sounding. Not too slick. It’s got an old school ‘real life’ feel to it rather than being the overly polished quantized-to-hell drek that is coming out these days. We wanted the album’s sound to have its own personality, and he helped us achieve just that. Finally, Alan did a great job of smoothing out the final details with his mastering. He beefed it up into what you hear now.” The only other outside collaborators with which the band worked were soundscape artist Michael Ghelfi, who provided the sample that opens the record and “sets the pest-ridden vibe”, and Juanjo Castellano, who painted the cover. “It’s amazing and classically death metal cover artwork. I call it an evil underground sewer world, home to the verminous ones. If you look closely you can find all kinds of rats and bugs and critters scattered throughout. The amount of detail Juanjo put in there is second to none.”

In support of Verminous, The Black Dahlia Murder will first head out to South Africa in March, before hitting the road with Testament for a North American tour, featuring Municipal Waste and Meshiaak as openers. The band will also return to Europe this summer for the festival season, appearing at Hellfest, Bloodstock Open Air, and more. See all confirmed dates below.