Skip to content
You are here
VANISH
DROP DEBUT FULL-LENGTH ALBUM
Familiar Faces
Via Hopeless Records
Available to Purchase and Stream Now at
http://smarturl.it/vanishmerch
March 15, 2019 – Old Bridge, New Jersey – Theatrical and genre-effacing New Jersey quintet Vanish have dropped their debut full-length album, Familiar Faces today. Today’s release via Hopeless Records sees the band experimenting with more synth, louder voices and more trap influence thanks to crossover genre experimentation of ever-writing vocalist Pat Hamilton who vows never to fall into a minor-key rock rut.
On today’s release, the band shares “We are very grateful for the support we’ve received along the way that allowed us to create this album and we’re extremely proud of the result. We hope there’s something on this album that anyone could relate to and enjoy.”
Previously released singles “Role Play“, “I’m All Out of Swipes“, “dontwaitforme” and “Under Water// On Fire” have all been seeing incredible success at radio and streaming services. With adds to Apple Music playlists like Breaking Hard Rock, Spotify playlists like Crash Course and The Scene, Music Choice’s Emo x Screamo Channel, SiriusXM’s The Emo Project and idobi Radio, fans worldwide have been able to discover this exciting young band.
Familiar Faces is available to stream and purchase today at smarturl.it/vanishmerch.
Track Listing
1. Ouija Cult
2. Somebody Else
3. Role Play
4. Familiar Faces
5. The Sound of Violence
6. dontwaitforme
7. Under Water // On Fire
8. I’m All Out of Swipes
9. Slip
10. Distance, Disappear
In central New Jersey, their contemporaries were leaning hard into heavy music or toward pop-punk, while Vanish rested somewhere between, with influences from both sides and beyond, making them oddball and stand-out enough that it worked to their advantage. Within two years of becoming a band and one year from the release of their debut EP From Sheep To Wolves, they were selected to perform at the final Vans Warped Tour date in their home state and soon after gained the attention of Hopeless Records.
Inspired by early ’00s cabaret-esque post-hardcore, modern trap and musicians more likely to spill their guts on a stage floor than to hide behind a microphone, the members have never fit in with their peers and don’t intend to with their music. “I remember going to shows and seeing bands being super dull on stage, then seeing [those] who would go onstage and put everything into their performance. I never wanted to be someone who didn’t look like he was portraying what he’s saying,” says vocalist Pat Hamilton, effectively explaining both the Vanish live experience and the stinging emotional honesty in their music.
Vanish is Guitarist Justin Beacham, Vocalist Pat Hamilton, Bassist Jack Hinson, Guitarist Bobby Miller and Drummer Nick Perrone.
### 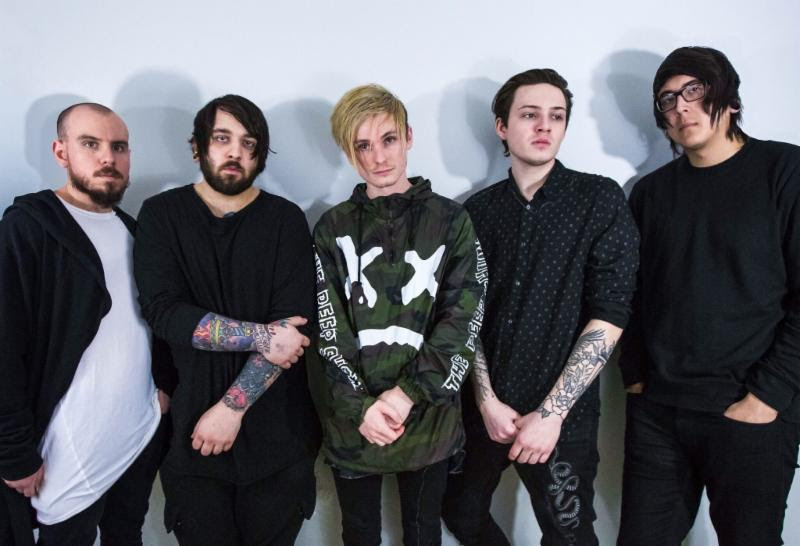