Skip to content
You are here
OZZY OSBOURNE’S
‘ORDINARY MAN’
IS THE #1 ROCK ALBUM IN THE WORLD
WITH TOP TEN POSITIONS IN SEVEN COUNTRIES
ALBUM IS THE HIGHEST CHARTING OF
OZZY’S CAREER AROUND THE WORLD
DEBUTS ON BILLBOARD CHARTS:
#1 ON TOP ROCK ALBUMS CHART
# 2 TOP ALBUM SALES CHART
#3 ON THE TOP 200
Rock and Roll Hall of Fame inductee and Grammy®-winning singer and songwriter OZZY OSBOURNE‘s first new solo album in ten years, the critically acclaimed ORDINARY MAN (Epic Records), is the #1 rock album in the world, topping multiple charts in its triumphant first week of release.
In the U.S., the album entered the Billboard charts at #3 on the Top 200 chart, #2 on the Top Album Sales chart (making it his highest charting album ever on the tally, surpassing his No. 3 peak with Black Rain) and #1 on the Billboard Top Rock Albums Chart. This marks OZZY‘s fifth consecutive Top 5 entry and sixth Top 10 entry on the Top 200 chart. It also places ahead of his most recent offering, SCREAM, which arrived at #4 in 2010.
Get the new album here.
Worldwide, ORDINARY MAN has entered the charts in the Top Ten in seven countries making it the highest charting album of OZZY‘s career. It debuted at #3 on the U.K. chart, breaking OZZY‘s previous peak on the charts 40 years ago for Blizzard of Ozz (which peaked at #7). OZZY also demolished his highest chart position in Australia, debuting at #4 and cracking the Top 10 there for the first time in his career. OZZY secured his solo career’s highest marks in Germany as well, coming in at #2. Elsewhere, the album earned Top Ten positions in Sweden at #1, the U.S. #3, Italy #6 and Ireland #6.

To celebrate the album’s arrival, OZZY made history by launching a worldwide tattoo sale and album listening event. Held on the eve of the album’s release (February 20), OZZY premiered his new album simultaneously at tattoo parlors in 57 cities around the world–making it the largest multi-city album release event in rock ‘n’ roll history. Globally more than 3,000 fans received exclusive OZZY-inspired tattoos created specifically for the one-day only event while hearing the album for the first time. Over 1,000 unique tattoo designs were created from some of the top artists around the world, with a total social reach of over 20 million. Here are some of the tattoo designs: 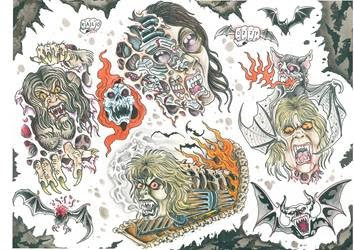 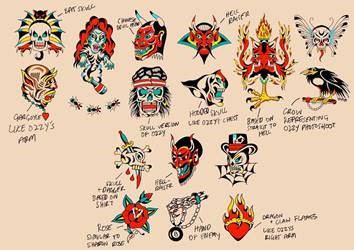 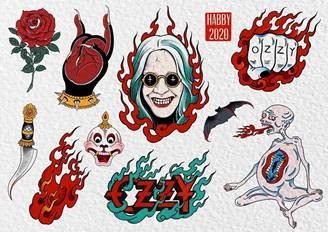 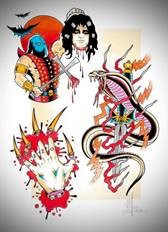 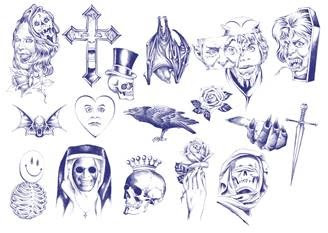 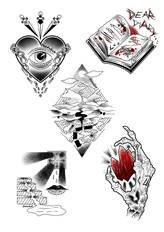 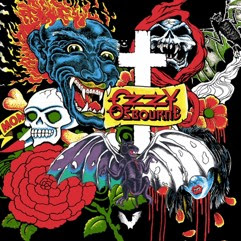 On release day, OZZY also unveiled the Golden Ticket Sweepstakes. In the U.S. only, all physical copies of the album (CD, vinyl, cassette, and pre-saves) are bundled with a unique code. Fans may now enter their codes here to redeem for once-in-a-lifetime OZZY prizes. The prizes range from a trip for two to Los Angeles to have dinner with OZZY and Sharon Osbourne, a signed guitar, a Blizzard of Ozz platinum plaque, See You on the Other Side Box Set, and more.
ORDINARY MAN marks OSBOURNE‘s first new solo music in almost 10 years.  Recorded in Los Angeles, the album features producer Andrew Watt on guitars, Duff McKagan (Guns N’ Roses) on bass and Chad Smith (Red Hot Chili Peppers) on drums.  Beyond the core band, ORDINARY MAN, features a who’s-who of OZZY friends and collaborators including Elton John, Slash, Post Malone, and Tom Morello.
Website
Facebook
Twitter
Instagram
Spotify
YouTube
Tweet